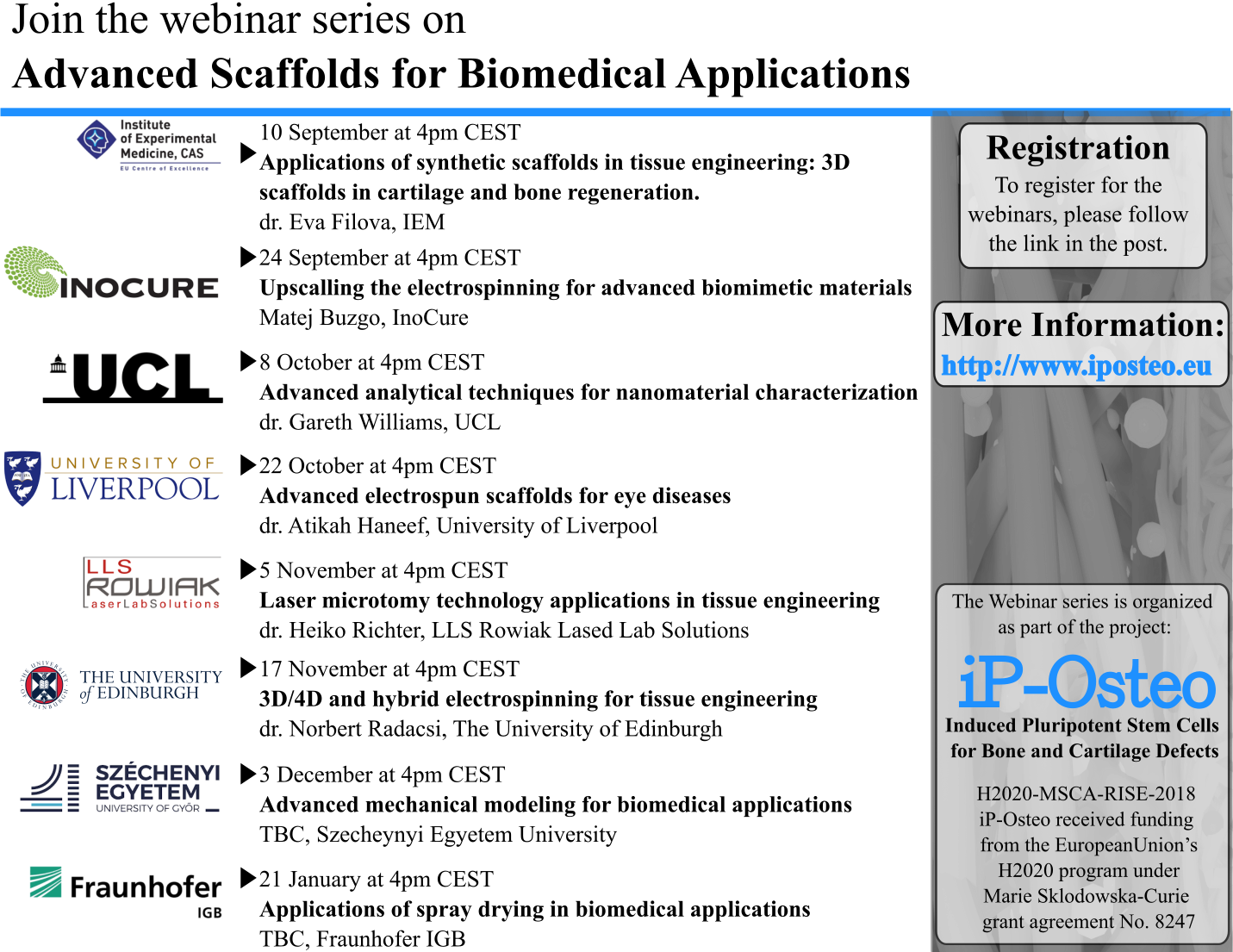 iP-Osteo consortium is organising a webinar series on application of advanced scaffolds for biomedical applications, with a special focus on tissue engineering and regenerative medicine. The webinars will take place every second Thursday, at 4pm CET, and will be available for everyone to join without the registration. The aim of the webinar is to inform the public on the latest advancements in materials for biomedical applications. The seminars will be focused on the use of advanced drug-releasing scaffolds and their applications in tissue engineering and drug delivery. The confirmed speakers for the seminars are listed on the right. After the introductory webinars, several later talk (will be announced later) will be focused on the results obtained during the iP-Osteo project.

For more information about the past and upcoming webinars, please contact us using a form bellow. For registration, simply indicate a webinar you would like to attend in a message and we will send you the link via emai.

Listed below are list of other noteworthy events and activities related to the iP-Osteo project. 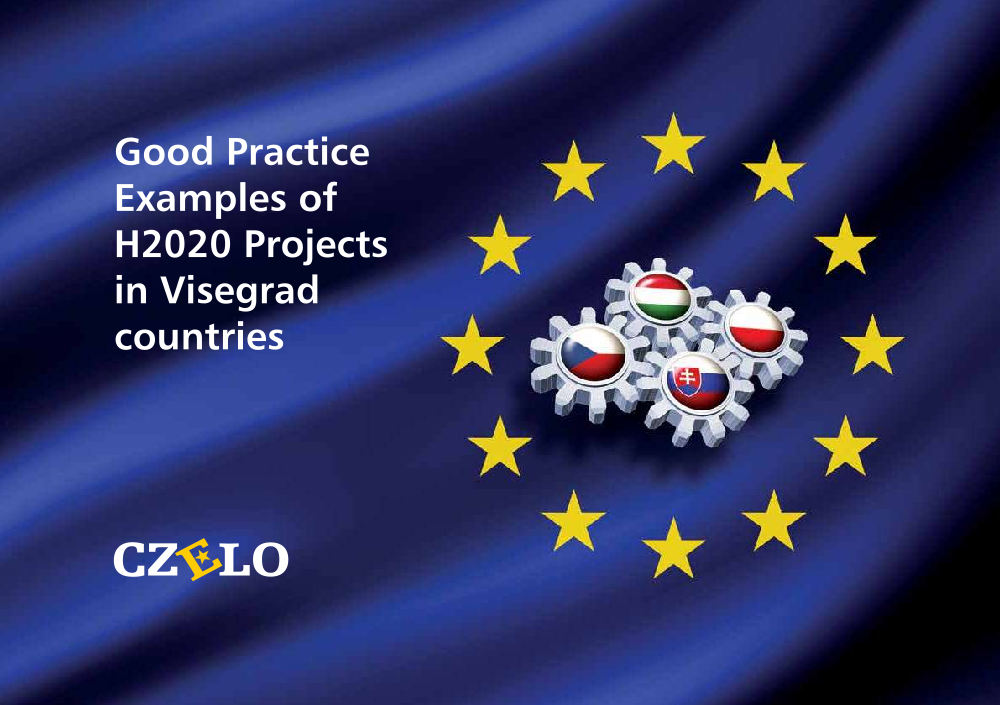 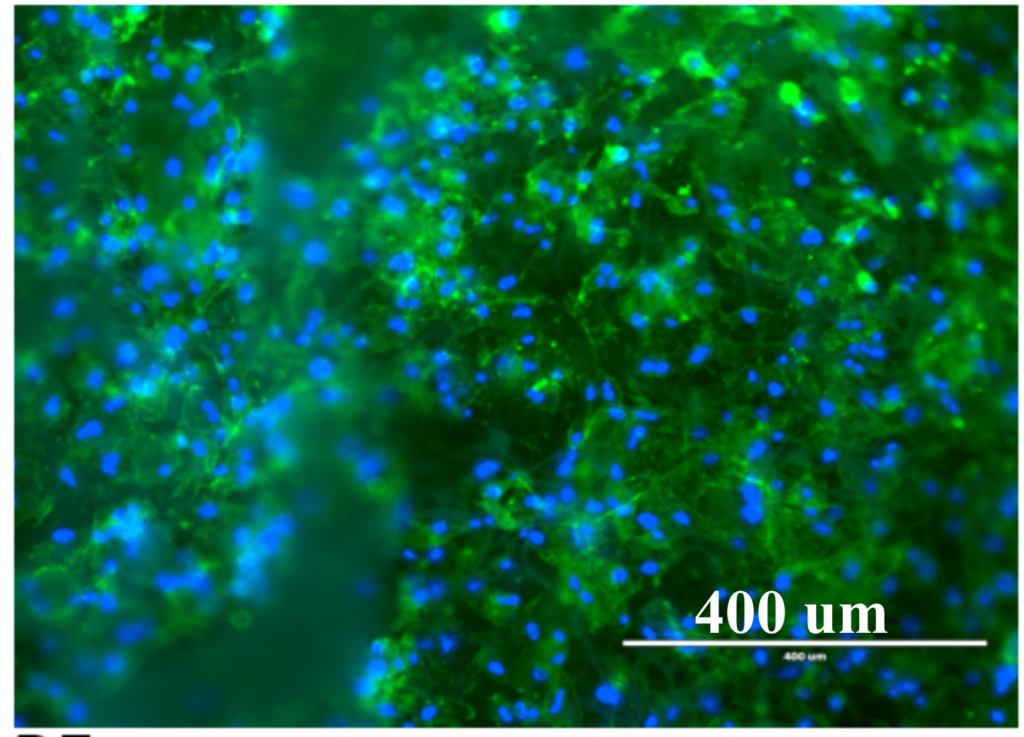 During her secondment at Bioneer, Eva from InoCure was working on differentiation of iPSCs cell lines to Mesenchymal Stromal Cells (MSC). To compare the potential of differentiation between “old” and “young” donors, two cell lines, BIONi010-C (18 year old male) and BIONi37A (77 years old female) were used.  Then, the cells were further differentiated towards osteoblasts. All experiments were performed using the InoCure’s InoMatrix morphology kit – scaffolds with various morphologies (nanofibrous, microfibrous, mixed, porous). Using electrospun scaffolds lead to significantly more realistic, 3D cell cultures as shown in the image on the left. Follow up experiments will be performed to find the best fibre morphology for differentiation to  either osteogenic or chondrogenic differentiation, 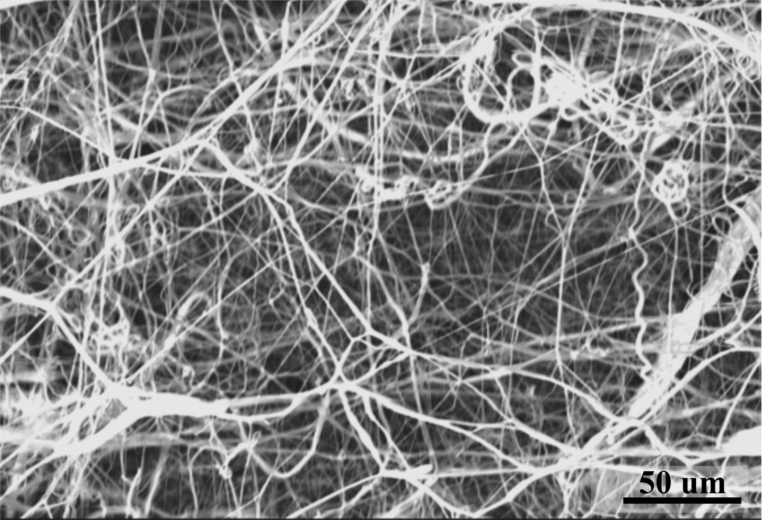 During his secondment at HSRW, Vincenzo from InoCure is developing hybrid scaffolds loaded with multiple active ingredients. Vincenzo is trying to incorporate four different molecules known to stimulate stem cell differentiation to bone cells: hydroxyapatite, beta-glycerol phosphate, ascorbic acid, and dexamethasone. Scaffolds are prepared using the electrospinning of biodegradable polymers that leads to a formation of the random nanofibers as shown in the Figure on the left. Once placed in the cell culture medium, biodegradable scaffolds will be slowly release active ingredients, promoting cell osteogenic differentiation. Scaffollds with multiple loadings of each active ingredient will be prepared and sent to the partner institutions (IEM) for further testing. Once optimum composition of the scaffolds is know, the electrospinning process will be upscalled at InoCure. 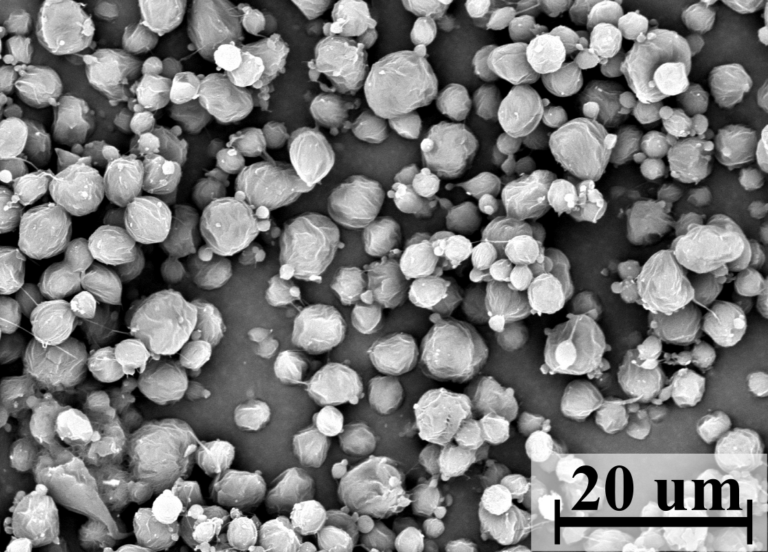 During her secondments at UCL, Anabela from BioFabics was working on development of coaxial electrospraying for gentle encapsulation of proteins in core/shell fibers. Coaxial electrospraying is a gentle encapsulation technique that preserved the activity of sensitive biomolecules during the process. Moreover, polymer encapsulant works as a barrier, that helps control the release rate of active molecule, leading to the sustained release over long periods of time. For scaffold systems developed in iP-Osteo project, such sustained release is needed to promote bone and cartilage regeneration throughout the healing process. Researchers and secondees at UCL will continue working on optimization of the particle size, loading capacity and release kinetics. Later on, prepared particles will be combined with fibrous scaffolds and their combined ability to promote the regeneration will be tested in vitro. 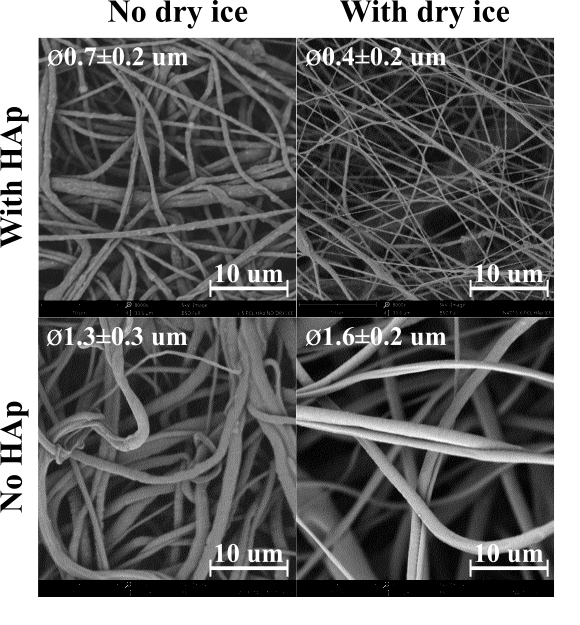 During his secondment at InoCure, Amir from HSRW and lead researchers from InoCure have developed a method for fabrication of macroporous scaffolds using the high-throughput electrospinning. Scaffolds were made using the custom-made collector designed by InoCure’s engineers, that would accommodate dry-ice. Depending on the composition of the polymer used, macroporous nanofibers and microporous microfibers were produced (see Figure on the left). Macroporous scaffolds that can promote the migration of cells through them (creating truly 3D tissues) are needed for enabling complete regeneration and reconstruction of the bone. To provide a more biomimetic environment of the bone cells, scaffolds heavily loaded with hydroxyapatite (natural component of human bones) were made. Scaffolds were sent for biocompatibility testing to partner institutions (IEM). The future work will focus on development of macroporous scaffolds with encapsulated growth factors.

During her secondment at IGB, Andreia from BioFabics was working on preparation of the water in oil in water (w/o/w) emulsions using biodegradable polymers. Emulsification is one of the methods that can be used for encapsulation of proteins and other sensitive bio-molecules without affecting their activity. Using emulsification, very small particles can be prepared. As shown in the SEM image on the left, Andreia made particles with diameter of 283 nm (without protein) and 312 nm (with protein). Moreover, encpasulation efficiency of 84% and loading capacity of 2.3% were achieved. High encapsulation efficieny is essential when pricey molecules, such as growth factors are used. In the follow up work, Andreia will work on further encapsulation of the particles creating a core shell 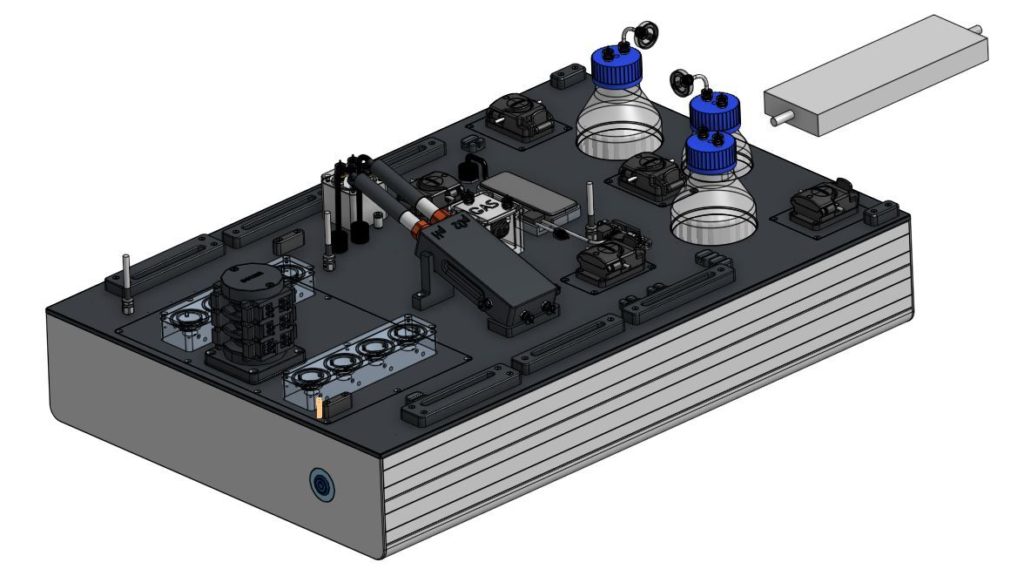 For iP-Osteo project, researchers at OSPIN are developing the modular bioreactor that will allow the automated and highly controlled testing of the cell cultures on electrospun bioacitve scaffolds. The bioreactor is designed for eight tissue chambers that with automated cell-culture medium exchange and perfusion in each tissue chamber (tissue chambers are designed by BIOFABICS). The schematice illustraion of the designed bioreactor is shown on the left. OSPIN’s bioreactors have integrated heating system and gas supply that maintain cells at the exact conditions they require. Moreoever, the bioreactor is fully automated and can be controlled remotely. Once the construction is finished, the bioreactors will be delivered to project partners at IEM for testing. 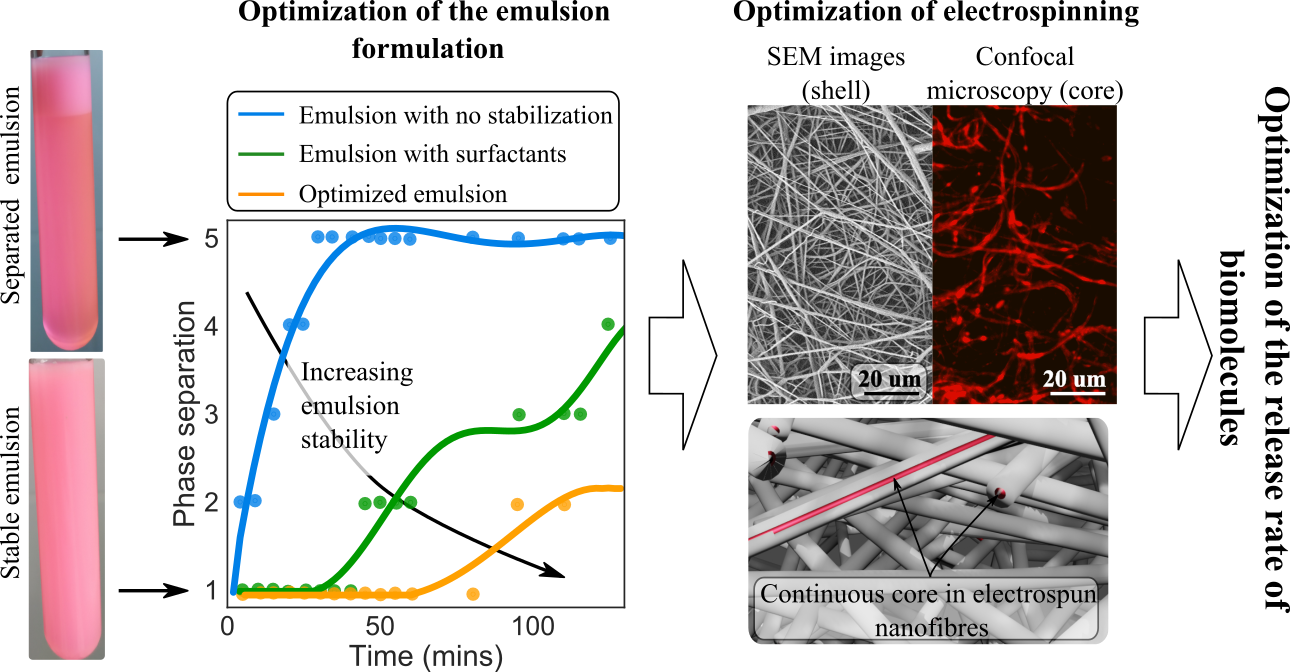 Emulsion electrospinning for encapsulation of biomolecules

InoCure’s researchers are advancing the emulsion electrospinning method for controlled release of biomolecule-based active biomolecules. Emulsion electrospinning allows the encapsulation of high quantities of the biomolecules in the core of the nanofibers, preserving their structure and activity. For sustained release applications, water in oil emulsions are used. In this case, biomolecules, such as proteins, are dissolved in the water together with other water soluble molecules. Then the water phase is mixed with the polymers dissolved in organic solvents (e.g. polycaprolactone in chloroform) and emulsified using homogenizers. During the electrospinning, produced water droplets form the core of the nanofibers (red in confocal microscopy images and illustration) which encapsulates and protects the active molecule. The shell of the fibres acts as a barrier, limiting the release of the active molecules. Compared to the coaxial-spinning, high-throughput (5 gr/hr using the lab-scale InoSpin) production of nanofibers is possible. The formulation and the process are developed in three stages illustrated in the figure on the left. 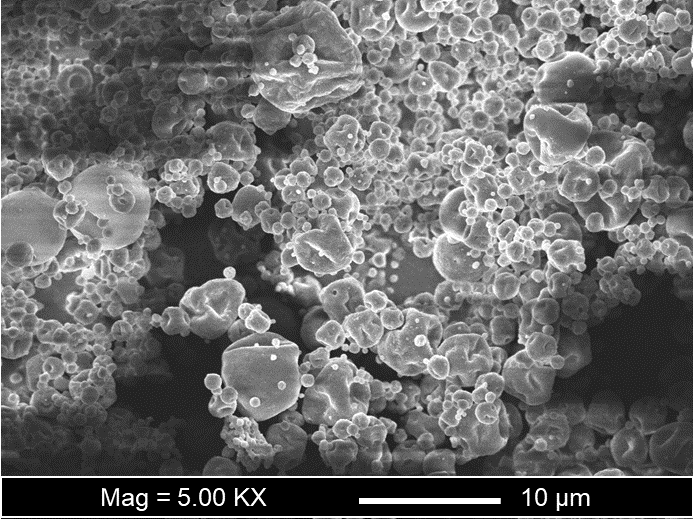 During her secondment at IGB, Andreia from BioFabics is developing core/shell particles for encapsulation of the protein. In a first step, nanoparticles are prepared using the w/o/w emulsions. Then, nanoparticles are spray-dried with gelatin, to prepare an additional coating for the nanoparticles. During the spray drying, particles are processed from the solution state to the dry state. The drying and encapsulation step is needed to prevent the premature release of the active ingredient in solution. Once put in liquid, the gelatin shell in dissolved, releasing the nanoparticles, that the slowly release the active ingredient in a controlled manner. Moreover, once cross-linked, gelatin shell can also act as an additional barrier that controls the release rate. PLGA particles encapsulated in gelatin by spray-drying are shown in Figure on the left. Particles with a size of 3.6 um were prepared. Further experiments at IGB will focus on the release rate testing as well as characterisation of the activity on the encapsulated proteins.  Eventually, prepared particles will be sent to partner to be combined with the electrospun scaffolds and tested on in-vitro cell culture. 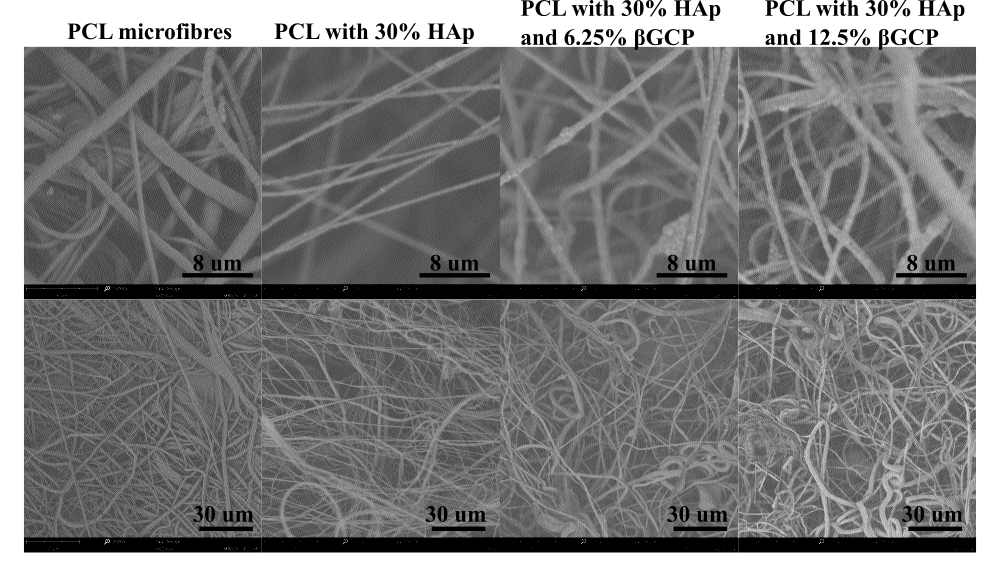 During their secondment at InoCure, researchers from SZECH, were working on development of high throughput electrospinning of bioactive saffolds. For bone regeneration scaffolds loaded with naturally abundant in bone compounds, hydroxyapatite (HAp) and beta-glycerol phosphate were prepared. Using the InoCure’s high throughput electrospinning device and precise temperature/humidity control, defect-less scaffolds were fabricated at 10 ml/hr. Scaffolds were sent to partner institution (Bioneer) for follow-up testing on the influence of active molecules on the hiPSC osteogenic differentiation. 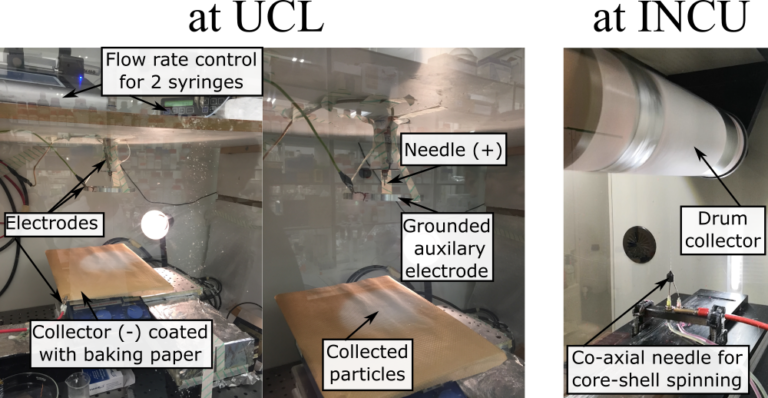 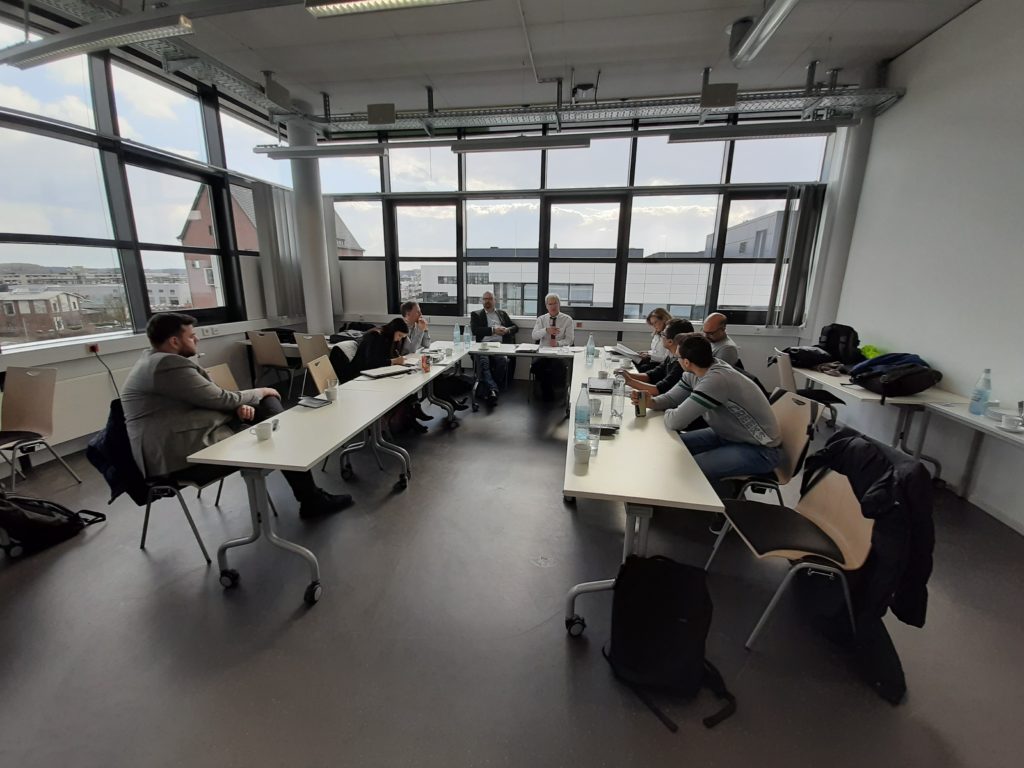 Despite the growing concerns about the Covid-19 virsu treat, iP-Osteo project’s midterm meeting took place at HSRW, Kleve, Germany on 2-5 of March, 2020. Representatives from all partners attended the meeting (most of them remotely) and shared the research results and future plans. During the first half a year of the project, nearly 82% of planned research exchanges took place. Significant advancements in developement of bioactive scaffolds for bone regeneration were reported. Researchers have also discussed and agreed on the research and dissemination goals for the coming year. 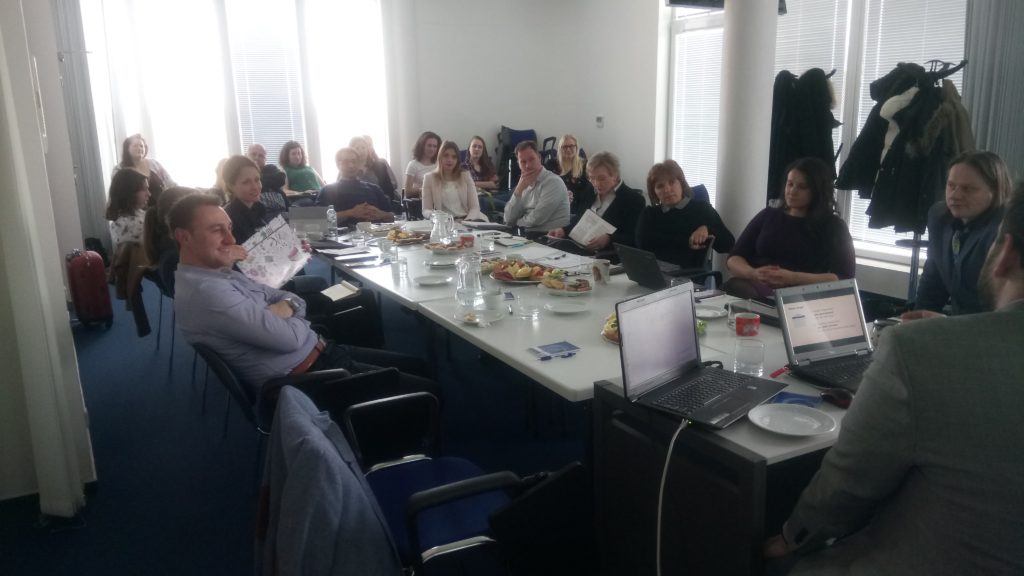 On 28th-29th of February, 2019, The Institute of the Experimental Medicine (IEM) of the Czech Academy of Sciences hosted an iP-OSTEO project kick-off meeting. Nineteen attendees representing ten parners from seven different countries came together to define a shared vision for the Induced pluripotent stem cell seeded active osteochondral nanofibrous scaffolds. Three other attendees joined via video conference. The specific tasks to obtain the project goals in the next 3 year were defined. The project is funded by the EU Horizon 2020 MSCA-RISE-2018 – Research and Innovation Staff Exchange programme under grant agreement 824007.